The vacuum oil purifier uses the principle of negative pressure flash evaporation. The heated oil is in the negative pressure true fast separator to reduce the boiling point of its moisture and enter the flash vacuum separation tank. At this time, the fluid temperature is higher than the boiling point under the vacuum. Moisture quickly boils and vaporizes in the flash tank and undergoes two-phase separation. The role of the flash tank is to provide space for rapid gasification and vapor-liquid separation of the fluid. Therefore, the vacuum separation of water is related to the temperature and the degree of vacuum, and the volume of the vacuum separator also determines the speed of the separation.

The following is the relationship table between the boiling point of water under vacuum and the degree of vacuum: 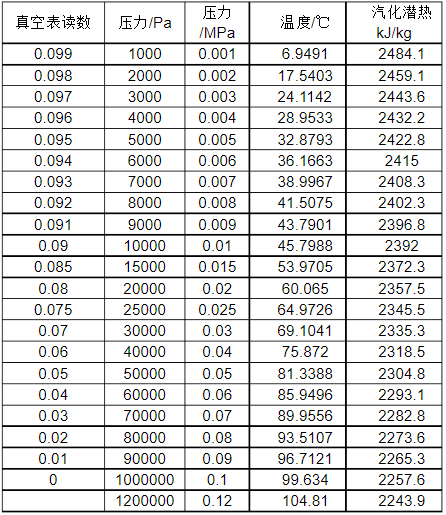