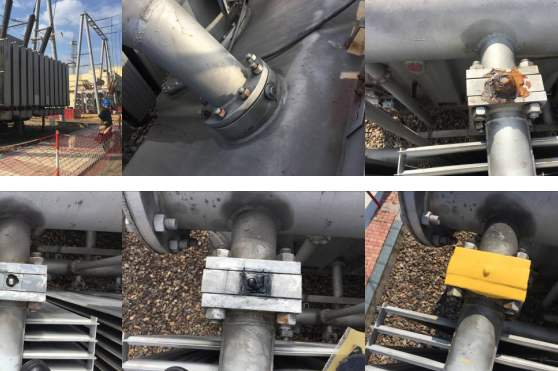 1. Influence of ambient temperature. During the operation of the oil filter, the fluctuation of the load, especially the change of the season, is that the temperature difference changes greatly, which causes the metal to expand and shrink and deform. If there are some problems with the quality of the seal, it is generally sealed in winter due to the decrease in temperature The decrease in the elasticity of the components often exacerbates the occurrence of oil leakage. Similarly, the oil purifier that did not leak oil during the original operation will have oil leakage after being shut down, which is also due to the decrease in temperature.

3. Leakage caused by different thermal expansion coefficients of materials (the vacuum oil filter can also cause these problems due to the large number of tanks, which can not improve the vacuum of the oil filter). For example, when the current of the lead-out bushing of a transformer exceeds 600A, a non-magnetic conductive plate is often used at the opening of the bushing lead-out on the box cover. Due to the different thermal expansion coefficients of different materials, cracks often appear around the weld. , Causing oil leakage.

4. Aging of seals. Many flanges and threaded connections are made of oil resistant rubber or silicone. As the time is too long and the temperature changes, the seal naturally ages, loses its elasticity, and cracks. Therefore, leakage occurs naturally.

We recommend that when purchasing a vacuum transformer oil purifier, an additional set of gaskets should be provided. Generally, the service life of the gaskets does not exceed 3 years. It should be replaced in time after 3 years. Ensure the safe and stable operation of the vacuum oil purifier.